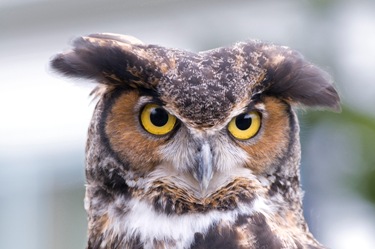 A decline in some game species, especially the Ring-necked Pheasant, has prompted many people to advocate hunting and bounties on the Great Horned Owl. Several studies done on the feeding habits of this predator indicate the Owl’s impact on  pheasant populations is minimal, and perhaps beneficial. Owls eat whole animals and regurgitate non-digested food particles (bone, hair, etc.) in the form of a pellet. A 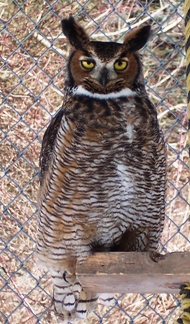 study conducted by Hawk Mountain on 2134 pellets in 17 counties resulted in the statistics below of the Great Horned Owl’s diet:

Since Great Horned Owls are one of the only predators of the skunk (which has the second highest incidence of rabies among native wildlife in Pennsylvania) it seems the Great Horned Owl may be quite beneficial to both Pheasant and Man.

Many factors must be considered in connection with Pheasant population decline. Destruction of suitable habitat is a major factor as farming practices change and housing increasingly replaces farmland. Pesticides, disease, starvation and road kills must also be weighed.

Great Horned Owls are magnificent creatures deserving of our awe and respect. If you have never seen a live owl close up, invite our center to come give a talk for your school, club or group, and learn more about these majestic raptors.

(statistics on total counts, region and importance of prey species by body mass were also Compiled and are available at Hawk Mountain Sanctuary) 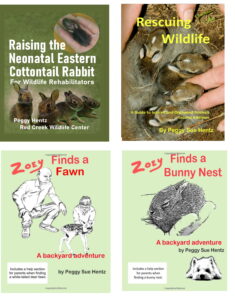