Cottontails are independent when they are five inches long, which for most is about 15 to 18 days old. They might remain at or near the nest or wander far. Each individual is different.

At this age, they are still fragile and uncoordinated. They do not run fast and often fall when fleeing danger and so are easily captured by predators. However, their scent glands still have not developed, so they remain odor camouflaged. If they stay still in the right background, they blend in with their surroundings becoming visually camouflaged as well.

Blending in is how they survive, and they will continue to be still, even to the point of allowing a person to pick them up. This lack of escape response is often misidentified as a lack of independence and kidnapping results.

Cottontails of this age can be moved out of areas that are dangerous, such as outside of a fenced dog yard. If moved, they should be placed in a safe area with adequate first foods growing such as dandelion and clover.

Putting a young rabbit under a low-hanging pine tree or in a strong smelling area will quickly mask any human scent on the bunny, thus returning its odor camouflage. 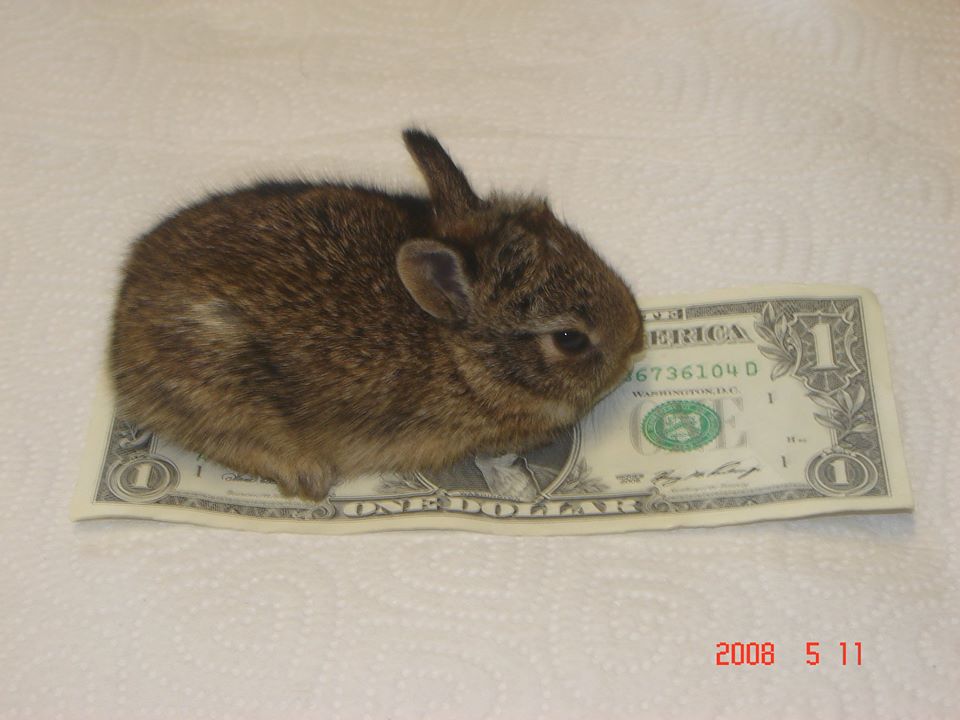 Cottontails, even the juveniles, stress very quickly with handling. When relocating an independent bunny, resist the urge to coddle, pet and nurture it. These actions can result in the rabbit experiencing cardiogenic shock, a potentially fatal condition also known as capture myopathy.
To relocate a rabbit, don’t carry it in your hands. Instead, place it into a cardboard box and keep the box closed until you are ready to release the bunny. Walk or drive directly to the location. Avoid unnatural sounds such as loud talking and playing the radio.