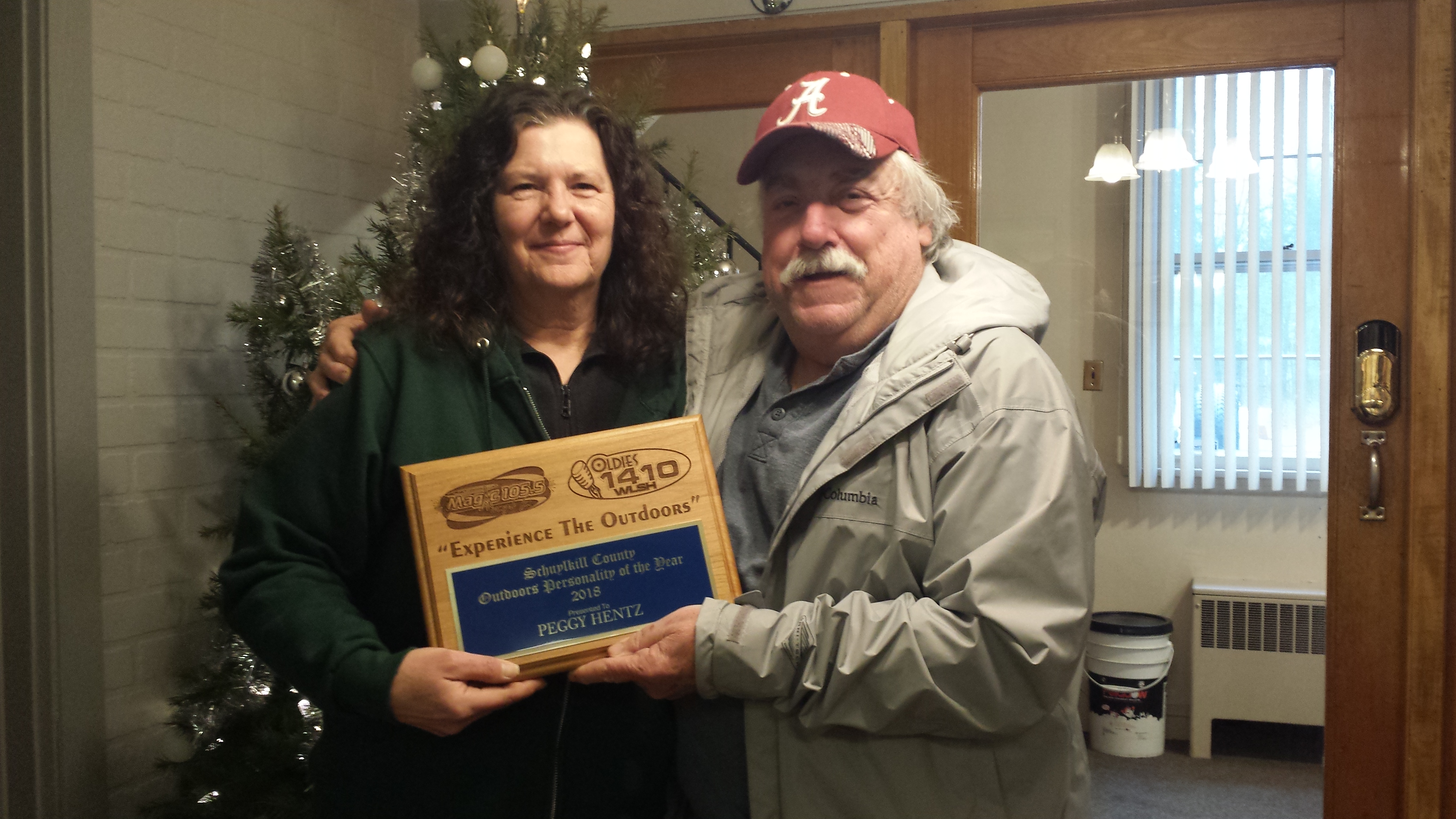 Peggy Hentz has been awarded the 2018 Schuylkill County Outdoors Personality Of The Year Award selected by the weekly outdoors radio program “Experience the Outdoors” and heard Sundays at 7:30 a.m. on 1410-AM, 9:30 a.m. on Magic 105.5-FM and on the Web at www.wmgh.com and is shown receiving her plaque from show host and Republican Herald outdoors editor Doyle Dietz. She is the 11th recipient of the award, which was first presented in 2008 to World Champion marksman Carl Bernosky. Succeeding honorees were the Sweet Arrow Lake Conservation Association, 2009; “Porcupine” Pat McKinney, 2010; Craig Morgan, 2011; Dennis Scharadin, 2012; Pam Ulicny, 2013; Tom Banditelli, Sr., 2014; Schuylkill County Trout Unlimited, 2015; Robin Tracey, 2016; and Gary Slutter, 2017.

Having worked in the animal industry all of her life, Hentz founded Red Creek Wildlife Center, Inc., Schuylkill Haven, in 1991. In addition to her work as a licensed wildlife rehabilitator, she is an educator, speaker and author.

In addition to being the author of “Rescuing Wildlife, A Guide to Injured and Orphaned Animals,” Hentz has also written two children’s books: “Zoey Finds a Bunny Nest” and “Zoey Finds a Fawn,” both of which incorporate two of her life-long hobbies of drawing and writing poetry.

Most recently Hentz has become involved with a project entitled WildlifeEDU, which offers training for wildlife rehabilitators and can be viewed on the Web at www.WildlifeEDU.com. In what she calls her “private time,” she enjoys the company of her two Dobermans, Diesel and Zoey, and writing. Hentz is the guest on the Sunday, Jan. 6 edition of “Experience The Outdoors,” winner of the Pennsylvania Outdoor Writers Association award for best outdoors radio program.