Cupid has settled in and visited our awesome vet. Now training begins.

First is applying the jesses. That took several people, including one volunteer to apply Band-Aids to Peggy’s fingers. Ouch!

She wasn’t too keen at first, but soon settled in and began looking around. I think she and Peggy had a “moment”. Her progress is very promising working toward becoming a Red Creek ambassador.

Kat holding cupid. Peggy tying on the jesses. Jesses on a bird are similar to a collar on a dog. Notice how Cupid is biting. She did this throughout. Kat could definitely feel it through the gloves. Hardly noticeable is the band-aid on Peggy’s left index finger. She had gotten her once by this picture.

Not really too keen on the idea at first. 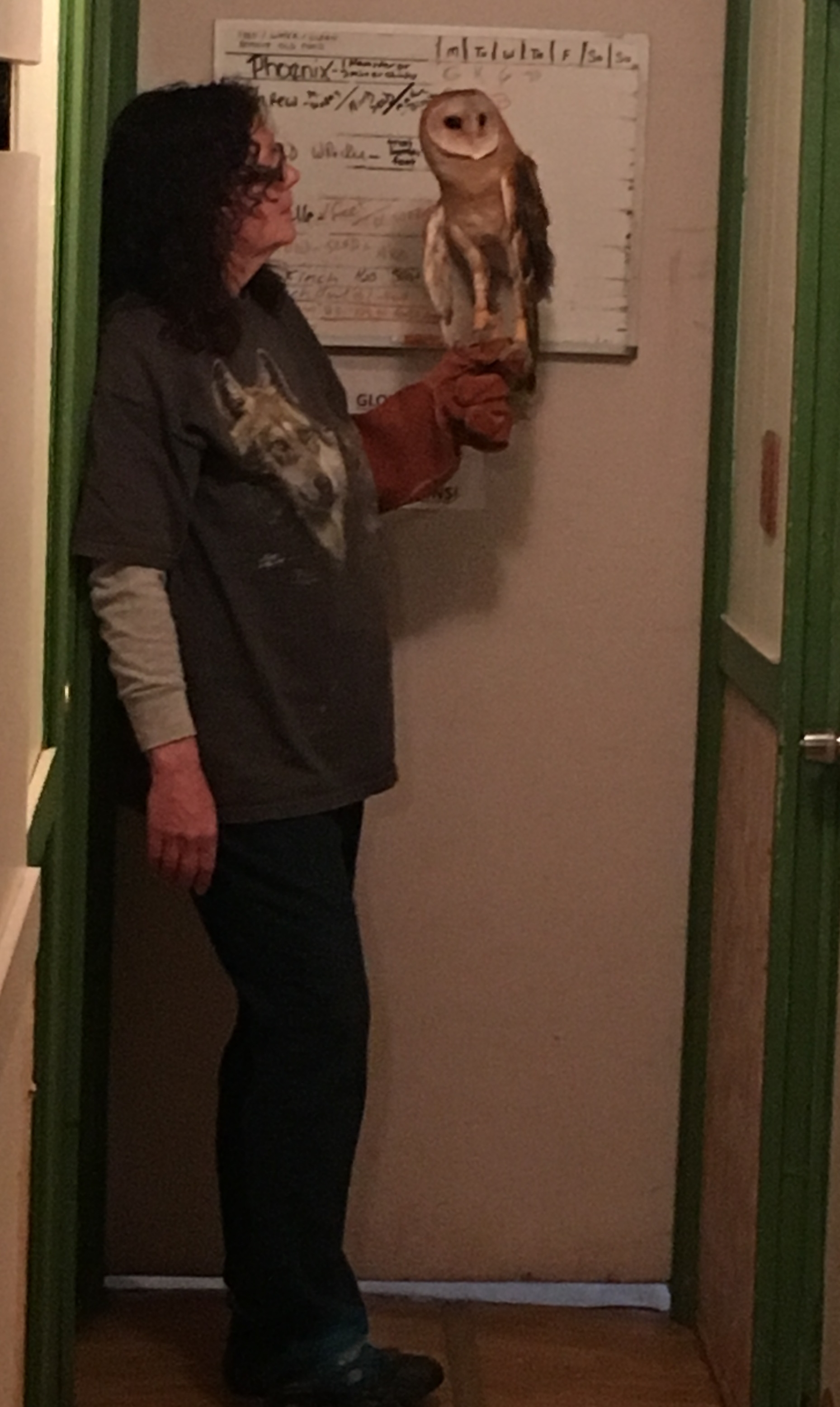 Settling in and looking around.